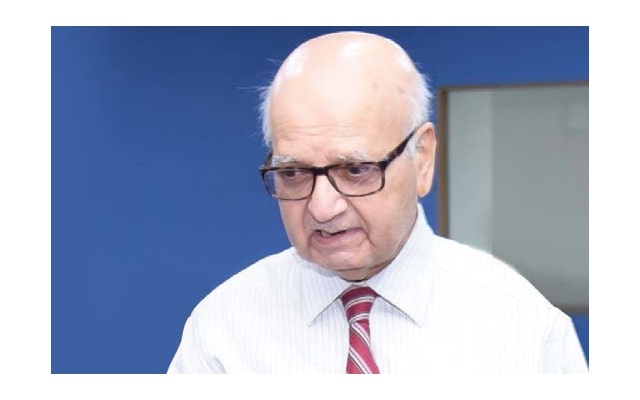 This year we lost a renowned scientist and engineer in prof. Balakrishna S. Sonde.Prof. Balakrishna S Sonde was a Member of the Faculty of the Indian Institute of Science (IISc), Bangalore from 1964 to 1997. He occupied various positions including Professor of ECE, Chairman of the Division of Electrical Sciences, Dean-Faculty of Engineering etc. He was Vice Chancellor of Goa University from 1997 to 2002.

Apart from establishing the Centre for Electronic Design and Technology (CEDT) at IISc-Bangalore, Prof. Sonde was involved with various other path breaking initiatives – not just in India, but also in universities and institutions around the world. He also served on the Senate of the International Institute for Information Technology (IIIT) Bangalore.

Prof. Sonde’s publications and research work stand testimony to his towering presence in the world of Electronics and Communications.

Prof. Sonde was a well wisher of ACCS and was a guiding light for the activities of the Society over many years. He will be deeply missed.

We present a brief memoir of Prof. B.S. Sonde, by his student and colleague Dr. Dinesh K. Anvekar.

Prof. B.S. Sonde (Balrishna Sheshagiri Sonde) was a distinguished bright star in the galaxy of eminent faculty members in the Indian Institute of Science. I had the privileged opportunity to be his PhD student and colleague for about 16 years from 1982 in the department of Electrical Communication Engineering. During my association with him almost everyday I was silently mentored and taught by him many exemplary principles of academic work in particular and standards of living in general. In this brief writeup I am throwing some light on certain aspects of his personality which I noticed during my long years of association with him.

He was highly disciplined and professional in all his activities in the Institute. Except for some very informal gatherings, I never saw him without a tie and shoes in the IISc. He was so used to his formal appearance that as mentioned by his wife he hesitated to go to the hospital without the tie even when he had a mild heart condition. His formal behavior showed me that if you mean business you need to be dressed to get infused with the professional spirit of work that befits that particular business. His immaculately dressed appearance made all who came into his proximity to get the emotion of reverence and professional respect that he richly deserved.

As a newly passed out ME student from the School of Automation (now the Department of Computer Science and Automation) I first saw him as the Chairman of the Centre for Electronics Design Technology (now called the Department of Electronics Systems Engineering) when I approached him for a job in that department. Realizing that I was too young or perhaps that I would find other better opportunities, he just asked me to wait saying that ‘the world is wide’. At that time never thought that one day I would indeed be his colleague and earn the best PhD thesis award from IISc under his able guidance and supervision.

He was very systematic and meticulous in all his day to day activities and often used small paper slips for giving specific instructions and as reminders for himself in those years when post-it notes were not even heard of. Perhaps this practice was due to the influence of Japanese work culture where they use simple artifacts such as paper tokens even in complex manufacturing activities. Apart from learning his working style, I learnt many small lessons which can be seen being followed by me even today in my career and day to day activities. Just to mention a few, 1) ‘Never work in a non-conducive work environment’; learnt when one day when I was working in the unlit circuits laboratory, when he walked in, he himself put the lights ‘on’ and instructed me never to work in dark, 2) ‘Don’t miss your lunch for the sake of work’; learnt when once he ridiculed someone who attended an afternoon meeting saying that he could not have lunch as his work continued into his lunch time, and 3) ‘Don’t hesitate to do a job people may consider below your position’; learnt when one day in an outdoor gathering, it started raining and many attendees including me ran for shelter while Prof. Sonde himself picked up a chair along with some students and brought it indoors lest the chairs become wet; seeing this, I too had to go back and bring a chair or two.

He was a very honest, sincere, and law-abiding gentleman who would never yield to any corrupt or unjust practices. He would never say no to people who approached him for any help, but would always direct them to an alternative person who could be of help in that situation. People would be sure that if they approached him, their work would indeed be completed either with help from himself or someone else pointed to them by him.

Prof. Sonde’s list of illustrious students and colleagues are innumerable. Many of them have immensely contributed to the world from all across the globe. Just to mention, Dr. C.K.N. Patel of Bell Labs, Dr. V. Sadagopan of IBM TG Watson Research Centre, Dr. Madhukar Pandit of Klaiserslautern University, Dr. R.P. Shenoy of DRDO, and Dr. Paul Collander of Nokia Research Centre are a few of his associates that I came know from him. Among his students, many have taken up key positions in industries, institutes and research labs. One of his students worth mentioning is Sri. Janardhana Swamy, a research student jointly guided by him and myself who did great work in Sun Microsystems in US, and later returned to India to become a Member of Parliament during 2009-14. Prof. Sonde was like a big banyan tree with innumerable accomplished students as its many branches.

He was described by his students and colleagues with adjective phrases such as ‘walking encyclopedia’, ‘near perfect’, ‘great teacher’, ‘law abiding’, ‘efficient administrator’, ‘clinically meticulous’, ‘spotless gentleman’, ‘man of character’, and so on. If he were a decade younger during his career in IISc he would have become one of the most distinguished Directors of the Institute. In the ‘Kurukshetra’ of the ECE department where Prof. Sonde spent most of his career, if some of his mentors and senior colleagues such as Prof. S.V.C. Aiya were to be likened to ‘Bhisma’, and his students and younger colleagues to ‘Arjuna’, he would be aptly called ‘Krishna’ even as his first name is Balkrishna. His passing away is a great loss to the academic and technological community of India.