Previous Next
Home > Volume 5 > Issue 02
From the Editor's Desk 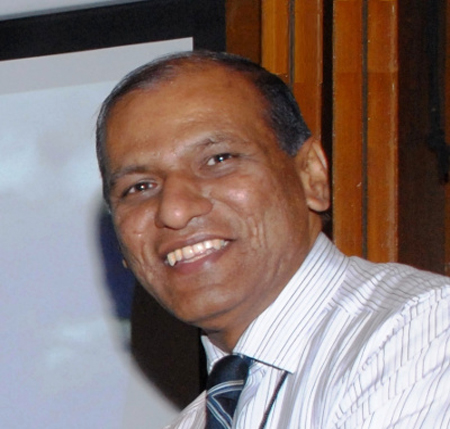 The euphoric rise in classical computing speeds over the years is traceable to applicability of Moore’s law as regards the shrinking geometrical size of CMOS transistors and usage of the Von Neumann architecture. With the technology in this area almost reaching saturation point, there is an interest to explore an alternative technology like quantum computing to improve computational speeds.

Quantum computing harnesses the phenomena of quantum mechanics to take a huge leap forward in computation to solve certain problems. They are capable of solving complex problems that even today's most powerful supercomputers cannot solve, and never will.

As an example, suppose we need to search for one item from a list of N items. On a classical computer we would have to check N/2 items on average, and in the worst case we need to check all N.

Using Grover's search on a quantum computer, we would find the item after checking roughly √N of them. This represents a remarkable increase in processing efficiency and time saved. For example, if we wanted to find one item in a list of 1 trillion, and each item took 1 microsecond to check, a classical computer would take about a week while a Quantum computer would take about a second.

In the cover feature article of this issue of ACC, the author takes the reader through a short tutorial on quantum computing and is meant for those who have already begun to study quantum computing, are familiar with the basic terminologies of quantum mechanics and its core concepts (quantum superposition, measurement, entanglement, de-coherence, etc.) and would like to step back and refect upon the foundations of quantum computing before getting into the nitty gritty of more complex algorithms, e.g., Shor’s factorization algorithm, Grover’s search algorithm, etc.

Moving on to the next article, titled ‘A Gamified Approach to Learning Algorithms (GALA)’, the authors take the readers through some fascinating problems encountered in Data Structures and Algorithms (DSA) course which is an important and a core course in an undergraduate degree curriculum in computer science branch of engineering. Their article demonstrates how GALA approach can help many of our students develop mathematical and computational thinking abilities. They have introduced GALA approach through three examples from number theory and geometry which brings out apparent paradoxes along with explanations which is bound to generate curiosity in students going through DSA course.

In the feature article titled ‘A Lat - Long code’, the author proposes development of a mobile app as a student project that uses truncated Latitude and Longitude co-ordinate representation for specifying location of any point on earth. This representation uses 8 digits for Latitude representation (Sxx.xxxx) and 9 digits for Longitude representation (Syyy.yyyy) with S taking on a + sign for a point on earth that is in northern hemisphere and - sign for a point in southern sphere. It is claimed that given two points described by proposed Lat-Long representation, it is easy to perceive not only the direction of one point with respect to other but also easy to estimate the approximate distance of one from the other manually. Such a computation is expected to result in computation of distance with less than 15 meters of accuracy. Also do not miss the historical account of building ENIAC on its 75th anniversary, chronicled by none other than Dr. V. Rajaraman.