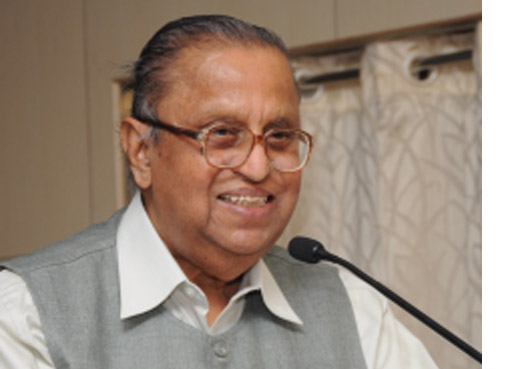 When I completed my undergraduate engineering education in the Electrical Communication Engineering(ECE) department at the Indian Institute of Science, Bangalore in 1955 the World was a different place. It was the era of vacuum tubes and analogue electronics. Our class was shown a germanium point contact transistor by Professor Vincent C. Rideout (a visiting Professor from the University of Wisconsin, U.S.A. during 1954-55) who had brought it with him and told our class that it could be used to build an amplifier. He taught us a new course titled servo-mechanisms; all theory and no laboratory. We understood the basic theory of negative feedback and system stability. There were laboratory classes where we had to solder electronic components, taking care there was no “dry solder”. Our laboratory instructor insisted that all wires should be at right angles and we should use correct coloured wires for specific connections. We learnt how to read colour code of resistors to pick resistors of appropriate values in experiments. We had to learn to use an oscilloscope. Every one built a radio receiver from scratch – starting with bending an aluminium sheet to make a chassis, selecting appropriate vacuum tubes, making holes in the chassis to accommodate them, selecting adjustable condensers for tuning radio stations, and making a dial with pulleys and a string and calibrate it to correspond to wavelengths of stations. We derived tremendous satisfaction when we could tune it and listen to Binaca Geet Mala; a ranked set of Hindi hit film songs; broadcast on short wave from Radio Ceylon. How the World has changed! All electronic gadgets we take for granted today did not exist. The World of electronics is now predominantly digital using solidstate devices.

The question I asked myself in writing this essay is what did I learn in my undergraduate years that was relevant and helped me to survive and keep myself relevant in the World of today? Foremost was fostering curiosity and the power of observation. I still remember a question Professor K. Sreenivasan (the Head of the Department of ECE) asked in the class. “Have you observed the telephone lines while travelling by train and the insulators used to support the wires between the poles? Why are they made using smooth porcelain and in the shape of a cascade of petticoats?” This question made me think about the reasons and find the answer that satisfied not only me but also Professor Sreenivasan. (Today a student, of course, will immediately ask Google! – The education will be to be able to pick the relevant answer from the huge number of hits the student would get). Another incident I remember is Professor S. K. Chatterjee announcing a test in his course on electromagnetics. We went all prepared mugging up Maxwell’s equations etc. He came to the class and announced that the test was for each student to formulate an interesting problem and solve it! We were all taken aback but tried our best to recall how to find a relevant problem. This was an education in itself.

Besides these, the invariant parts of education I received was formation of Maxwell’s equations and applications in electromagnetics, the concept of entropy both in thermodynamics and in information theory, and the principles of feedback and stability of systems. Specifically, I remember a little project I did, guided by Professor B. S. Ramakrishna, on the transcription efficiency of Indian languages using Zipf’s law of least effort and relating it to the idea of entropy.

Another incident I remember is the presentation we were expected to make to our class based on reading and understanding about an emerging technology. A new technology then was the advent of silk screen based printed circuits and their use in proximity fuses during war time. I picked this topic, did a literature survey, and gave a talk on that. (No PPTs – black board and flip charts). The learning was to select an appropriate topic, search journals and present the basic ideas cogently to my peers in a limited time.

Lastly a new professional society, The Institution of Electronics and Telecommunication Engineers (IETE), was founded to serve the fledgling profession of Electronics and Communication engineers in India in 1953 and Professor K. Sreenivasan was one of the founders. He “ordered” all undergraduate students of ECE department to become student members and we reluctantly obeyed. I realised the importance of becoming a member only later when I got an opportunity as a research student to present a paper in IETE’s annual convention. I was also able to publish a paper quickly; as a co-author; in the IETE journal.

To summarise the important time invariant aspects of the undergraduate education I received that enabled me to survive in a fast changing technological World were the inculcation of the power of observation, the importance of being curious and ask why, formulate problems and explore how to solve them, understand and remember the basic theoretical underpinnings that lead to new technologies, learn laboratory methods and discipline, select and independently read relevant recent articles from professional journals and present it to peers, work cooperatively in a group, and the importance of joining a professional society to keep up to date.

To some extent my experience as an undergraduate student sixty-two years ago answers a question posed by David Laughlin of NASA “How should we prepare students for jobs that do not exist, using technologies that haven’t been invented, in order to solve problems we don’t even know are problems yet”