Previous Next
Home > Volume 6 > Issue 02
From The Editor 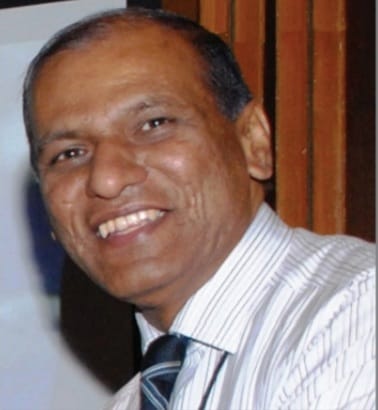 
Symmetry surrounds us. People, animals, plants, everything on the earth and outside is symmetrical. Symmetry is nature’s artwork that creates harmony and balance. In mathematics, an object or shape is symmetrical when it remains unchanged after we rotate, flip or scale it and when it allows being divided into parts of equal shape and size.

The author cites Maxwell’s equations of electromagnetism, as a profound example of symmetry, as two decades after its James Clark Maxwell gave his equations, Hendrik Anton Lorentz found that the equations are invariant under transformation by his name. The author notes that an insight into Quantum mechanics actually makes it possible to bring out the fundamental nature of conserved quantities and relate them to corresponding types of symmetry of the laws of physics. For each of the rules of symmetry in physics, there is a corresponding conservation law in quantum mechanics: energy, momentum, charge, etc. He has also added that even the Schrödinger equation of quantum mechanics has a symmetry.

In the second article titled ‘Going Back to Basics, A first principles approach to a techno-legal problem – Case study of Beckn Protocol ‘ which is an open protocol developed to meet goals of open Network for Digital Commerce (ONDC). The author gives an introduction to Beckn protocol, technology behind Beckn protocol, regulatory challenges and the way forward. He concludes that through combined efforts of technologists, commercial partners, civil society, and policy makers, a more inclusive, open, and egalitarian

e-commerce can be achieved. Further, he is of the opinion that while technology cannot be a panacea for real world problems, but if applied with correct intent and with a robust framework, Beckn has the ability to alleviate some of those problems. On its part Beckn’s intent and approach is in the right direction, and what is needed is development of a robust framework around the technology to help it achieve it intended goals.

The third article is a transcript of a lecture given by Professor Subhasis Chaudhuri, Director, IIT Bombay, on the occasion of him being conferred ACCS CDAC Foundation award 2022. The lecture brings out challenges in solving an age old problem in pattern recognition, that of extraction of features and its classification. Since the author has worked mostly in the area of image processing, he has restricted the discussion to the domain of image processing, although underlying concepts can translate into other data streams as well. When a computer is trained for classification, it is not the image that is directly fed, rather, it is certain parameters extracted from the image which map to some function of the image. The problem reduces to finding a function that should be fed to the computer.

In the earlier days, this kind of training through computing was performed using algorithms. Now it is based on neural networks and applying machine learning perspectives. An associated problem with feature extraction is the problem of dimensionality which requires large number of computations. Extracting features from a large dimensional data through more computation is expensive and is a limiting factor particularly in real-time applications.

The speaker dwells upon several problems faced in practical applications for which have no satisfactory solutions as of today.

I hope that readers would find all the three articles in this issue to be very interesting.