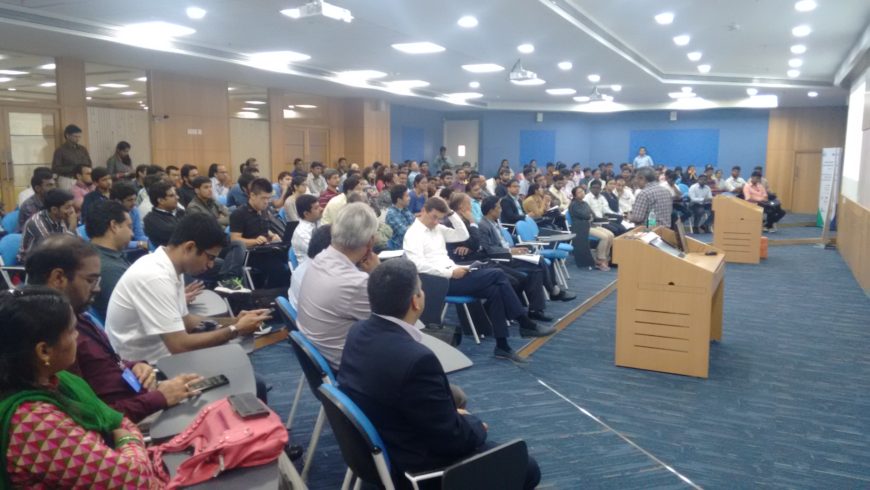 
Blockchains and Crytocurrencies are set to revolutionize the world we live

From Our Staff Reporter

ADCOM 2017 with the theme “Blockchains and Cryptocurrencies” was held between 8th and 10th of September at International Institute of Information Technolgy, Bengaluru (IIIT-B). This three day event saw participants from industry, academia, Government regulatory bodies and students coming together to share their knowledge in this field that has several potential applications.

As is customary, this year’s ACCS-CDAC Foundation award was conferred on Dr. Shalabh Bhatnagar of IISc for his seminal contributions in the area of Stochastic Optimization and Control. It was noted that his research work has filled many gaps that existed in the body of knowledge in control of stochastic dynamic systems.

On the Inaugural day of ADCOM 2017, as a recipient of ACCS-CDAC Foundation award, Dr. Bhatnagar presented a lecture titled “Efficient Algorithms for Optimization under uncertainty”. His lecture covered a range of studies in the area of optimization. By taking example of vehicular traffic at a junction, he showed how even under the presence of noise optimisation can be carried out. Going by the number of interesting questions raised, it was evident that his lecture generated large interest in the topic among the researchers and students alike.

The annual event of ACCS, ADCOM 2017, was inaugurated by Dr. A. S. Ramasastri, Director of the Institute for Development and Research in Banking Technology (IDRBT), a well known expert in the field blockchain and cryptocurrencies. He traversed through the development of concepts in Blockchains and cryptocurrencies since their introduction in 1991 until its evolution as of 2008. He also presented a survey of national plans for the adaption of cryptocurrencies and blockchains in India, UK, Demark, Canada, Russia and China and also efforts in this direction by the International Monetary Fund. Dr. Ramasastri’s lucid account of “Blockchains and Cryptocurrencies,” set a perfect stage for further deliberations on this theme in the following days.

Day two of the event started off with a keynote on “Blockchains in industry” by K.R. Sanjiv, Chief Technology Officer, Wipro Ltd., who spoke on the applications of blockchains in supply chain management. This was followed by a second keynote lecture by Dr. Ajay Kumar, Additional Secretary, MeITY, who spoke about “Blockchain: A Digital India Roadmap”. He touched upon the Digital India program and IoT (Internet of Things) and how Blockchain is likely to impact this sector.

With the wide spread proliferation and explosion of data in the near future, there will be a world which will be divided between haves and have nots in accessing data. Very few entities will be able to have enough data to drive intelligence through their products and most others will have to deal with disparate data owners. How does one cope with such a world?  Prof. Sushmita Ruj of Indian Statistical Institute (ISI), Kolkata, covered this very aspect by bringing focus on data market places and the cloud as the unifier. Through several examples, she drove home the need to build an ecosystem that sustains data marketplaces through privacy laws, protection protocols and conventions. She covered data auditing and how blockchains enable data market places to succeed.

Dr. Christian Koitzsch of Robert Bosch India, gave an insight into how enterprises are embracing blockchains. He demonstrated how the four pillars of blockchain – smart contract, shared ledger, governance and consensus, allows building a chain of trust, decentralized governance and distributed decision making. He brought to light the fact that blockchains have traditional applications and can be used for business transformation. He also  emphasised how blockchains combined with AI (Artificial Intelligence) is revolutionizing not only established businesses but also giving rise to start-ups that are exploring new interesting fields such as internet of cognition, internet of luxury and supercomputing organized by network mining.

Day two came to an end with a Blockchain Innovation JAM, a fun and learning contest open for all participants conducted by Mr. Saksham Khandelwal of Wipro Ltd.

Dr. Praveen Jayachandran of IBM spoke on, “Making Blockchain Real for Business – Smart Contracts” wherein he focused on how Smart Contracts in tandem with shared ledger, security and consensus are changing the way businesses transactions take place in the future. He brought in an industry’s view as well as how IBM addresses these forthcoming opportunities. Perhaps, the moot point from this keynote was: Whether Blockchain is a natural warehouse of data from multiple organizations in a business ecosystem. This was followed by a talk from Mr. Dinesh Rekula from Honeywell Technology Solutions who presented an interesting lecture on “Blockchain Disrupting Industries.”

The post lunch session on day three saw two presentations under PhD Forum session. Mr. Shreekanth Prabhu of PES University presented his research work on information management framework for good governance. The second talk was by Mr. Srikanth Cherukapally of IISc which focused on new cryptographic systems based on certain sequence of arithmetic progressions. This session was largely attended by researchers and doctoral students. 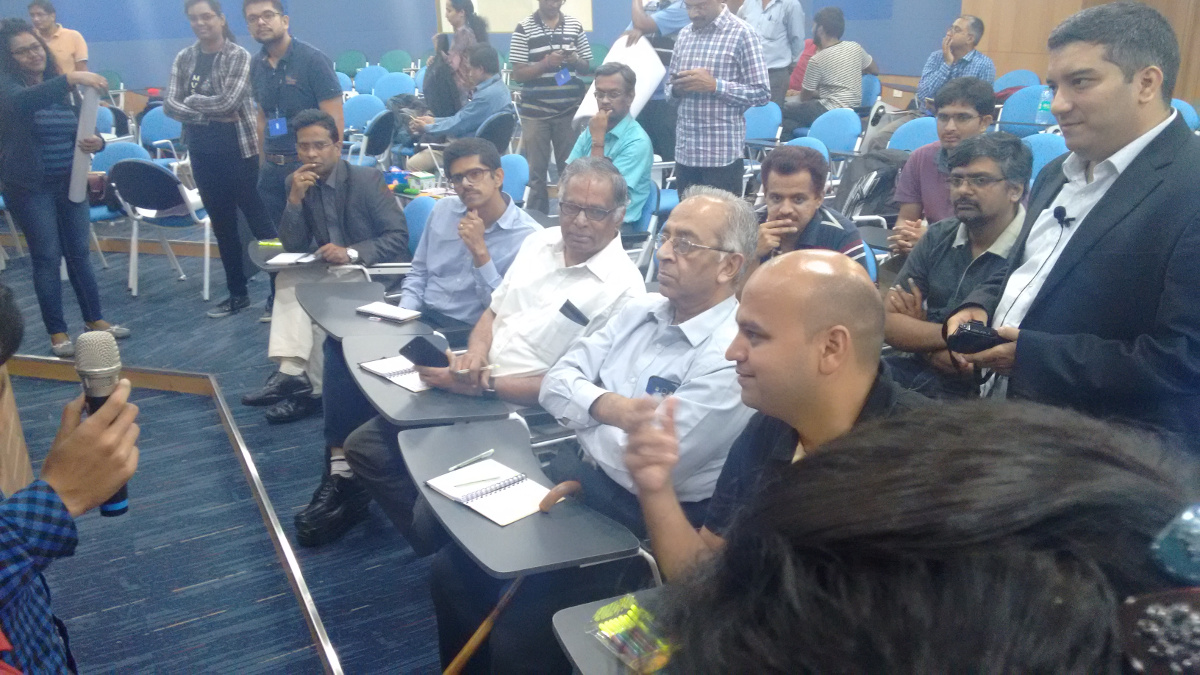 The day ended with a JAM session administered by Mr. Saksham Khandelwal on Blockchain innovation open to all participants of ADCOM. This program was very well received and extended late into the evening.

The event saw packed auditorium on all the three days. The organizers are encouraged by the response received for ADCOM 2017 and are happy to announce the next edition of ADCOM in 2018 which is planned to be held between 21st and 23rd September 2018 with Cognitive Computing and Artificial Intelligence as theme.